Within 30 minutes of Speaker Gingrich's departure from Magnolia, the members cleaning up the station and returning it to service were called into action.  The volunteer members and officers, still clad in their uniforms and dress apparel, were dispatched for a trailer fire on Nascar Lane in the Grenada Mobile Home Park.  Within just minutes, the station emptied out with members responding in Engines 55-4, 55-3, and 55-5, Tanker 55, and Rescue 55-1.

Engine 55-4 responded immediately after dispatch with Chief Stratton and a crew of 6. Engine 55-3 under the command of Deputy Chief P. Russell, with Tanker 55, Rescue 55-1, and Engine 55-5 following, responded shortly after Engine 4.  A Tanker assist from Station 48 was also dispatched.   While units were responding Kent Center advised of multiple calls reporting a working trailer fire.

Engine 4 arrived to find a single wide trailer fully involved with heavy fire extending from all sides and learned that all residents had been evacuated. The crew quickly placed two 1 3/4 inch handlines in service and began to knock down the fire from both sides. Engine 3, Tanker 55, and Rescue 1 arrived, along with Tanker 48-5, and assisted with supression and water supply. Command 55 (Chief Stratton) placed the situation under control with units working and Engine 5 available from the scene. Units continued to operate on scene, with crews performing overhaul on the heavily burned trailer. Units cleared after approximately two hours and returned to the Station to then continue working on the Gingrich event clean up. The Delaware State Fire Marshal's office is investigating. 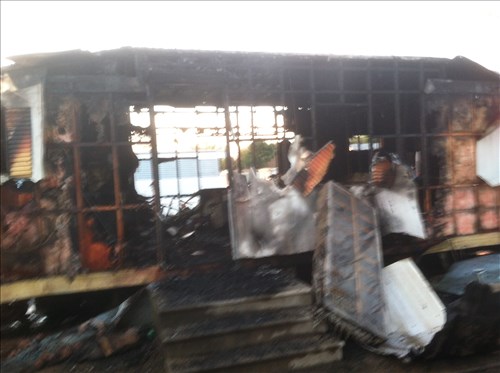 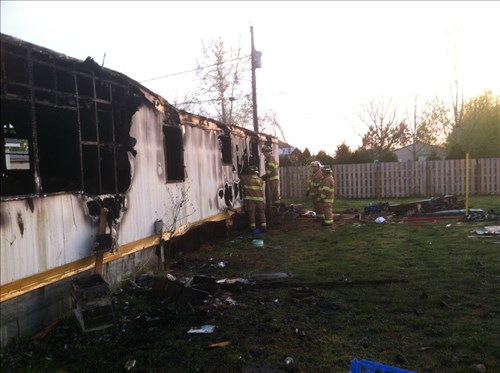 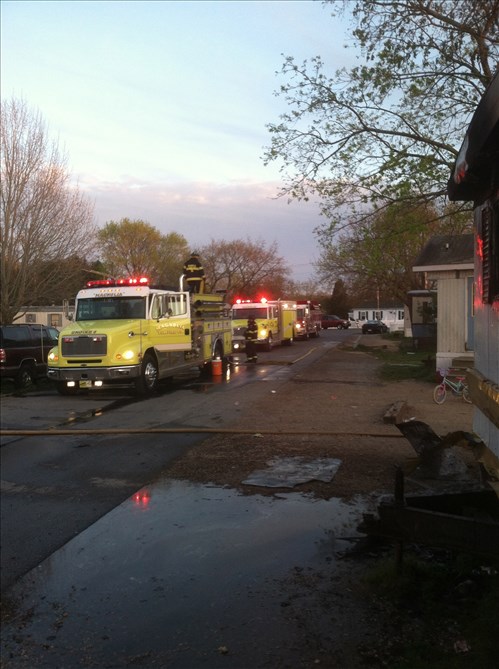 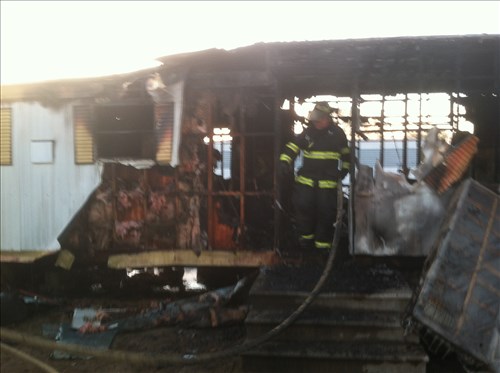 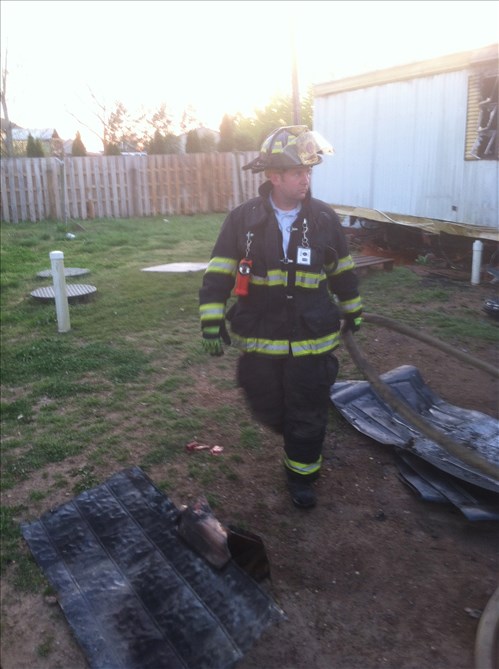 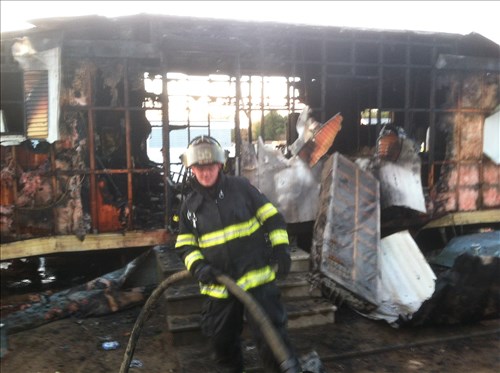 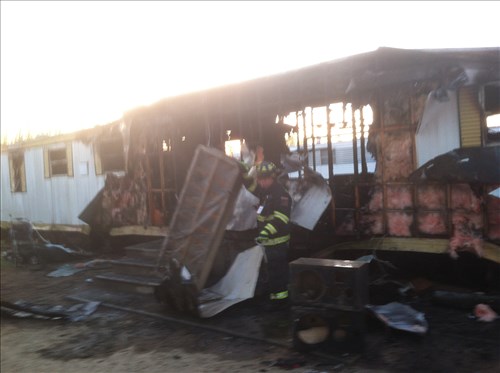 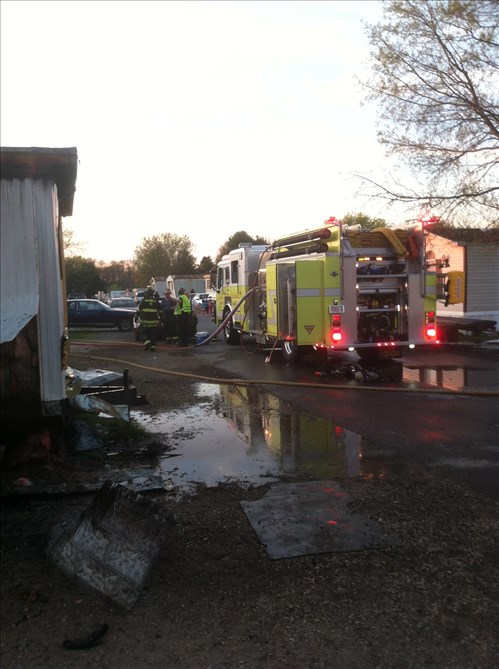 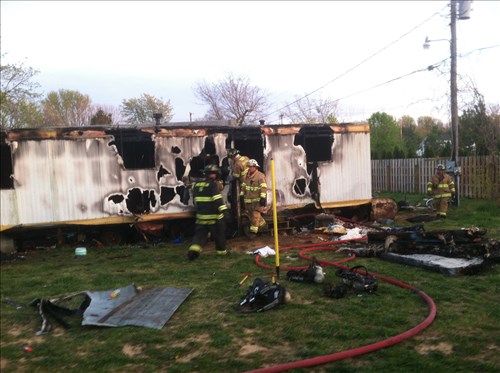 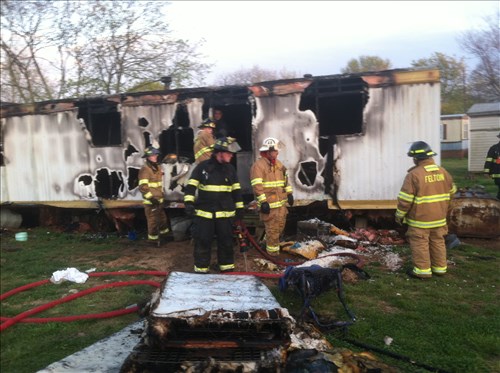 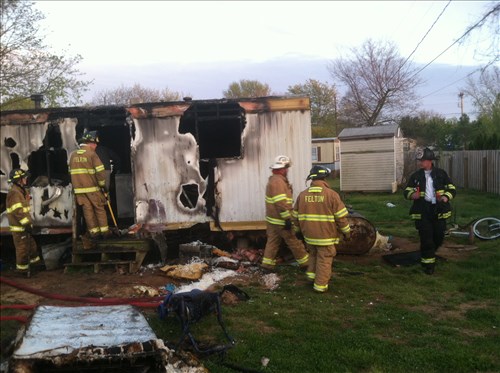 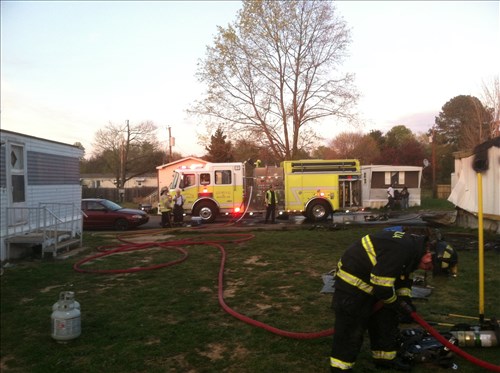 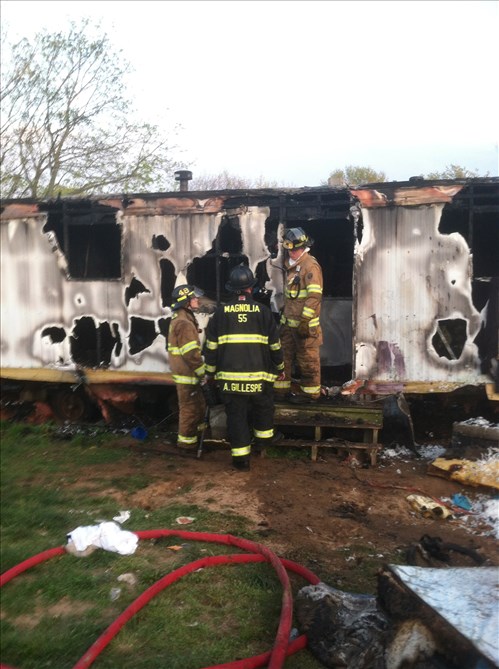 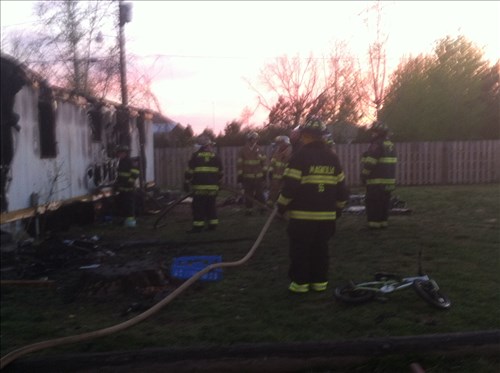 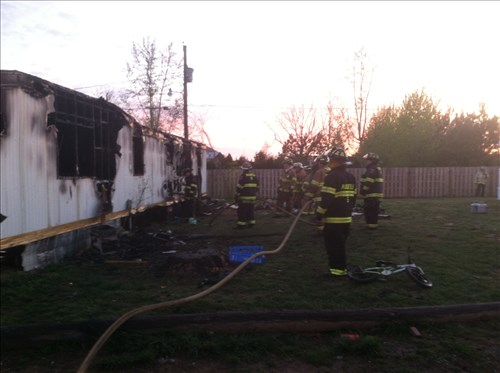 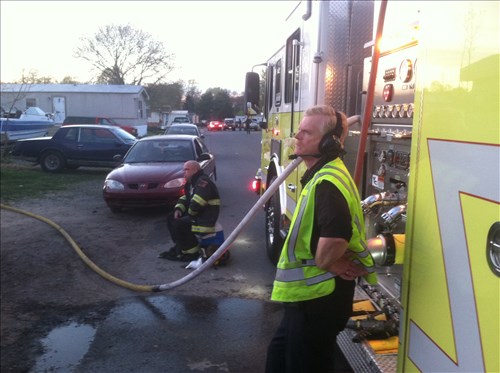 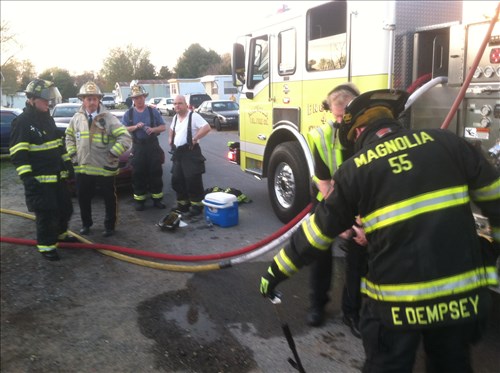 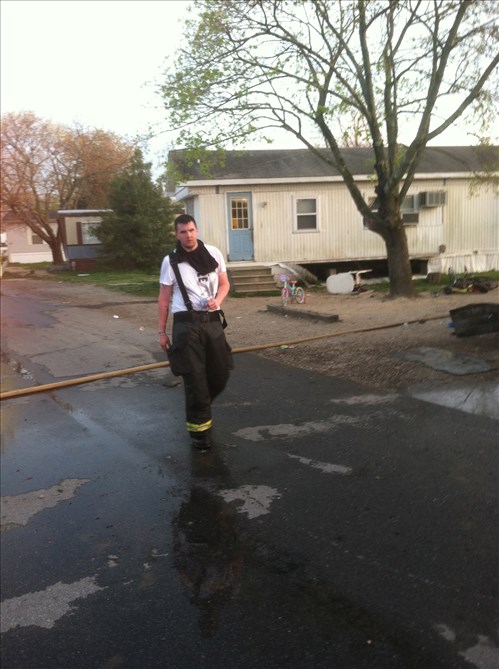 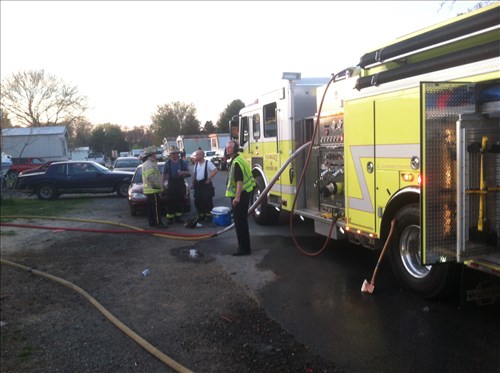 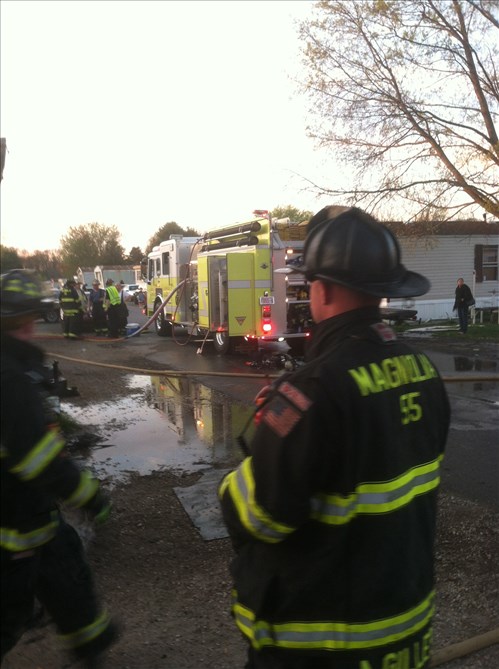