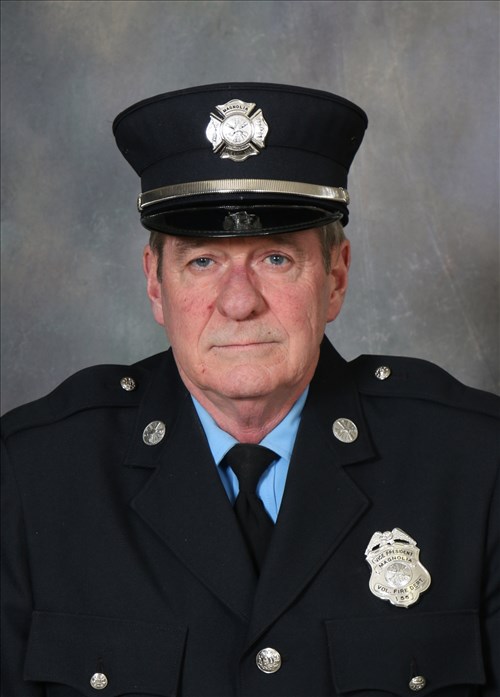 FIRE SERVICE HISTORY: Member of the Robbins Hose Company No. 1, the Dover Fire Department, Dover, Delaware, from July 8, 1972 through September 11, 1978 where he served as a firefighter, during his tenure he held the offices of Auxiliary Fire Lieutenant and Fire Captain & responded to 2,373 alarms.

Recognition as a Delaware Fire Administrative Officer I by the Delaware State Fire Prevention Commission & Fire School on February 8, 2017.