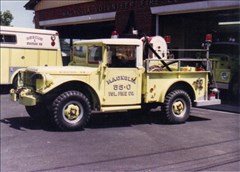 Purchased as military surplus in 1977, this 1962 M37 Cargo Truck was repurposed in to the company's first Brush Truck by it's membership. Removed from service 1989. 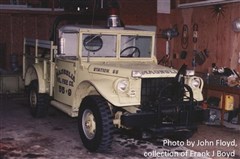 Purchased as military surplus in 1977, this 1953 M37 Cargo Truck would serve as a utility truck used to pick-up items needed for the fire company, as a plow snow; it was also used during periods of flooding when needed. Removed from service 1989. 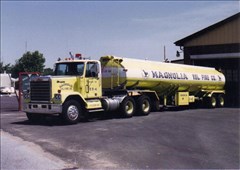 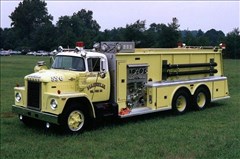 In 1979 the Dodge LCF Tractor was replaced with a new Chevrolet Bison Tractor. When taken out of service as the tractor. The chassis on the Dodge was extended and a custom 1,700 gallon tanker pumper was built. Removed from service 1997. 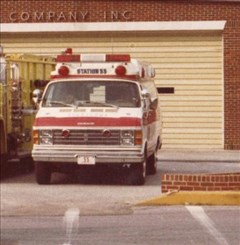 The ambulance was a full Basic Life Support Ambulance. Removed from service 1990. 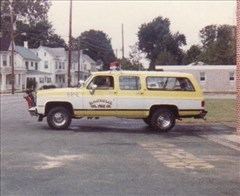 Initially purchased as a utility vehicle in 1989 to transport members to meetings, training, and other fire department functions. The suburban soon became a response vehicle after the NFPA changed safety regulations which stated firefighters would no longer ride (stand) on the running boards on the rear of fire apparatus and must be seated in the vehicle. Removed from service 2008. 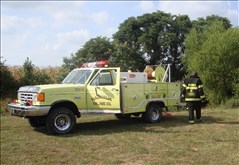 The Brush Truck was equipped with a 250 gallon per minute pump, 200 gallons of water, 300 foot booster reel hose and a compliment of forestry tools. Removed from service 2008. 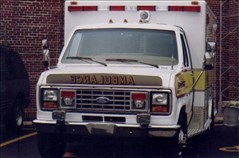 The ambulance was a full Basic Life Support Ambulance. Removed from service in 2000. 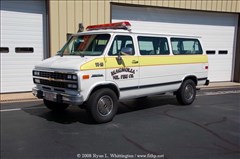 Used to transport members to meetings, training, and other fire department functions. Removed from service in 2014 and sold to the Belvedere Volunteer Fire Company, Wilmington, Delaware.